The Discussion Group is a very informal gathering of people who meet to discuss a topic which is usually chosen by those attending the previous month’s discussion. Anyone can suggest a topic and if the majority agree then that is what we will discuss at the next meeting. This gives everyone some 4 weeks to do whatever research they wish on the topic before the meeting.

The discussions are carried out in a friendly and respectful manner and everyone is given time to state their views. No-one needs to speak if they prefer not to. You can just sit and listen to the thoughts and ideas of others, but you will be surprised how often you do have an opinion you want to voice. Whilst we may not ‘put the world to rights’ the exchange of ideas and information is often really stimulating for your mind.

We usually average around 12-15 members at each meeting and welcome people to join our group. If you have an opinion and want to share it, we want to hear it.

If you wish to join or require any information on this group, please contact the Group Leader on the email address above.

Previous discussion topics have been: 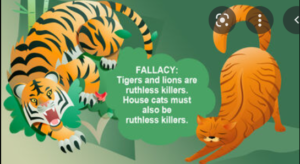 “What are fallacies? Can you spot them?”

Friday, 23d of September, the Discussion group had its first autumn meeting. As a one-off, it was held a week earlier and not as usual on the last Friday of the month. Members of the group discussed fallacies and how interesting and important is to notice them in the daily world of information surrounding us. But first of all a little bit about the definition of a fallacy. As with ...
Read More 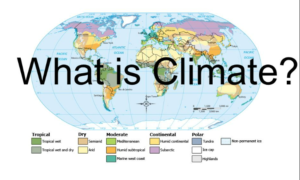 Climate change, what do we really know about it?

As every last Friday of the month, we had a meeting on the 24th of June. Because of holidays, Javea Social Centre was closed, therefore as an exception, the Discussion Group met at the Parador Hotel. It was a round-table discussion without a specific person to lead it but with the group leaders as moderators Any discussion becomes more interesting (and informative) when presented with different points of view, preferably ...
Read More

Last Friday, 27 May, the Discussion Group meeting was held in a different format based on IMAGINATOR cards, which are designed on the open mindset concept. We had 12 people taking part in this game It uses a pack of cards with pictures of shapes/symbols etc and people simply said what they saw when looking at the picture using their imagination about whatever the shapes/symbols said to their mind. Then ...
Read More 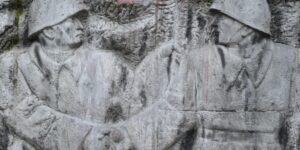 Have we learned the lessons of history

Last Friday of the month, 29th April we had another Discussion Group meeting, which was attended by 13 people. The topic was very broad and multi-faceted, touching on subjects of the clash of great powers, hegemony, the Monroe doctrine ( it is the US foreign policy that covers all Western Hemisphere as its direct area of influence), and the Versailles treaty, which according to many historians led to the Second ...
Read More

The growth of off-limit topics at schools: No talking about racism, gender, or communism.

On the last Friday of the month, 25th March, the Discussion Group held a meeting at the Parador Hotel which was attended by 10 people. The discussion started with Jeff's introduction to the topic. The following were the top three reasons cited for challenging materials: the material was considered to be 'sexually explicit', the material contained 'offensive language', the material was 'unsuited to any age group'. Jeff mentioned such books ...
Read More

How dangerous is it to interfere in other countries elections?

Why are people so irresponsible about their health?

Big Business – is it harmful to the planet?

The silence of others – forgetting.

How not to be ignorant about the World.

Gender – what’s it all about?

Afghanistan – what has the West learnt from the last 20 years?